Therefore, if anyone is in Christ, he is a new creation; the old has gone, the new has come! 2 Corinthians 5:17

This verse has taken on a totally different meaning for me as a result of my time with the young ladies of the Sweetwater House in Ghana, West Africa. Their stories are varied, yet similar. Tales of betrayal and denial, neglect and abuse, guilt, shame, pain, and just plain evil. There are those who had been shifted from family members to friends, from one village to another, some in hopes of financial reprieves, others for the sake of education. Some had been “hired” as house help, only to be cheated, beaten and deprived of the security they sought, many by members of their own family. And then, there are those who were victims of the evil Trokosi slave system. These girls were sacrificed as children to live a life of servitude to fetish priests (witch doctors). Their families betrayed them under the lies that their lives would be sufficient to pay debts, “secure” good fortune, or stop a series of deaths or illnesses.

All before any of them reached the age of 20.

On the surface, their lives represent nothing that is joyous.

God saw fit to redeem them from the pit. He orchestrated meetings, directed steps and brought them to a place He had reserved for them…a place of sweet water instead of bitterness. The house isn’t what made the difference. The difference is Who they met in the house. Christ.

These girls have moved from places of bitterness and despair to hope and joy – thru Christ. They have been rescued from slavery, sin, idol worship and evil – by Christ. They are renewed by Him, loved by Him, protected by Him, provided for by Him, redeemed by Him, reconciled to Him. They are His children “crowned with steadfast love and mercy” (Psalm 103:4). They are His daughters who have received “crowns of beauty instead of ashes, the oil of gladness instead of mourning, the garment of praise instead of a spirit of despair.” (Isaiah 61:3) They are indeed “His workmanship, created in Christ Jesus for good works, which God prepared beforehand, that should walk in them.” (Ephesians 2:10). God has blessed the work of their hands, poured His word into their hearts, and will soon send them out to share His gospel with their mouths and feet.

If ever I needed to see a picture of a new creation, I have seen it now. Twenty-four of them. To God be the Glory!!

There is a popular saying that a picture is worth a thousand words. I have included a “before” picture, when the young ladies first arrived at the Sweetwater House and “after” pictures, from our time with them last week. 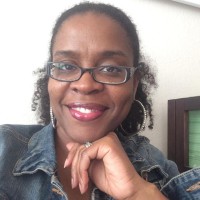